We talk to Detective Chief Inspector John Osibote about the DCPCU's recent work on catching four chip and PIN fraudsters who were jailed for 15 years. 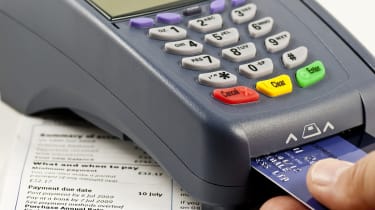 The war between law enforcement agencies and fraudsters has been escalating since the dawn of the technology dependent age we now live in.

As criminals get more tech savvy, the police have to keep up with the game and it can prove a long and difficult process.

But there are crime fighters out there doing a fine job in dealing with ever-evolving threats, as epitomised by the Dedicated Cheque and Plastic Crime Unit's (DCPCU) recent work that led to the sentencing of a card fraud gang for a total of 15 years.

We spoke to Detective Chief Inspector John Osibote, who leads the DCPCU, about catching the crooks.

How did these criminals end up getting caught?

Essentially, it was due to the fact that we were receiving reports of PED [PIN Entry Devices] machines were being tampered with and some of the reports alluded to petrol stations where PEDs had been compromised.

A lot of our work is based on intelligence and the goodwill of people to pass on compromises that they see, or suspicions.

Were there various sources of help or numerous?

It was various. It was probably mentioned in open court about the fact that there were various petrol stations involved.

Certainly, in terms of the method of operation that was used for the bypassing of the tamper switches in electronic circuit boards, it was quite easy for us to realise that there was a pattern and it was the same organised crime group behind the actual compromise of the PEDs.

Is this a unique case or part of a trend that you have seen in recent times?

It is a unique case. We can say there is a lot of confidence that the issue that was highlighted here has been eradicated.

What I'd like to add ... is that as long as the public, and they have been doing their best to be vigilant in terms of ensuring they conceal their PIN numbers and any other security advice that is given, play their part, then obviously the DCPCU and our partners, that is the banking and the retail sector, can do ours as we have done in this instance.

In this instance, the general public would have been oblivious as the actual PEDs were compromised internally.

Since we have apprehended this gang with regard to this method, we haven't had a repetition, so we are confident the problem has been eradicated.

Since it was set up, the DCPCU has prevented an estimated 340 million in card and cheque fraud losses. Has there been any indication about how much you prevented from being lost in this case?

That is still to be calculated. We are in the process of doing that, so obviously if we were to release a figure we would want to be confident that it is truly reflective of the potential savings or the actual fraud that was perpetrated.