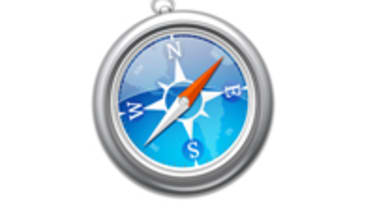 Safari 5 also sports better HTML5 support - no surprise given the recent spat between Apple and Adobe. In testament to the weight Apple has flung behind the emerging standard, Safari 5 supports 17 additional features of HTML5 on top of the existing seven. Among them, AJAX history, forms validation and geolocation are just the tip of the iceberg for promising future web applications. Apple may trail the competition when it comes to end-user features, but it's a frontrunner in terms of future web technologies.

Aside from extensions being sand-boxed, it's disappointing to see that Java and JavaScript blocking remains a browser-wide setting. That overlooks the need to weigh up the usefulness of web applications to your business against the need to block such technologies talking to the outside world and posing a security risk.

Instead of implementing that in the browser by making site-specific allowances, you'll have to do it on your web or proxy server. The same goes for plug-ins - they're either all on or all off, and checking the preferences pane doesn't give any insight into what plug-ins are installed, never mind what the specific version numbers happen to be.

There are at least warnings for fraudulent sites and, tied into the HTML5 geolocation support, the checkbox that allows websites to at least ask for permission to use your location is turned on by default.

Safari 5 can use hardware to speed up certain tasks. Even so, you'll need a DirectX 9-capable graphics card and a modest 64MB of graphics memory to use Top Sites, a feature that gets mixed reception for its performance. It was understandably slow on our first run, during which it filled its wall with page thumbnails, but faster on subsequent runs. The hardware requirement has an impact if you want to run Safari in a virtualised OS, though, with some such environments requiring as much as 256MB of RAM to be reapportioned to graphical tasks to ensure smooth running.