Businesses are investing in online collaboration tools to boost profits, but not everyone welcomes it. 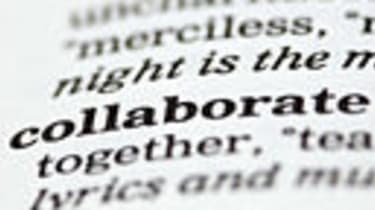 The recession has forced business leaders to look again at how employees collaborate, and made managers more open to innovation.

These are the conclusions of a global survey of executives in Europe, North America and Asia carried out by Kelton Research for Avanade, the business technology firm.

Researchers found that close to 80 per cent of executives surveyed believed that, post recession, their companies are more open to innovation. Three quarters planned to increase spending on communications and collaboration tools.

The increasingly global nature of business, and in some organisations, a more dispersed workforce, is causing companies to place more value on collaboration, and tools to make that easier.

From the survey, 38 per cent of respondents felt that employees are now more likely to turn to others in the business for help in solving problems. According to Tyson Hartman, Avanade's global chief technology officer, the demand for real-time information in businesses is also causing companies to look again at the way they work.

Globally, Kelton Research found a shift among companies from cost savings to investment, especially in innovation.

More than 70 per cent of German executives, and 76 per cent of Swedes, felt collaboration tools were already "widely used, but only 39 per cent in the US, and 30 per cent of Britons agreed.

And according to Avanade, there is still a degree of resistance to the latest collaboration tools, with some executives even saying that they "dread" using them.

Chief among the objections, Kelton Research found, was the fear that collaboration "wastes time and energy".