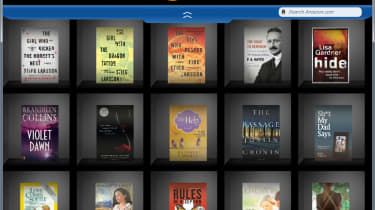 The third platform preview of IE 9 is available for download and as well as HTML 5 Video and Audio tags, the browser engine now supports the Canvas tag which Microsoft had not previously announced as part of its Internet Explorer plans.

Two of the sample Web apps on the IE9 Test Drive site use Canvas to lay out and animate elements on the page for an interactive Amazon bookshelf and HD trailers from the IMBD site, delivered in the HTML 5 video format.

Both Canvas and the Video tag - which supports H.264 video in the preview but will also work with Google's WebM VP8 codec in the final version of IE9 - are GPU-accelerated, something Microsoft group program manager Rob Mauceri suggests will give IE9 a performance advantage.

"If you look at today's PC, with the GPU and multicore processors, browsers use about 10 per cent of the power available We're very excited about Canvas, Audio and Video; we think they're a great match for the power of the GPU. IE9 really puts the whole power of your PC on the web."

Mauceri added that Microsoft had not previously announced support for Canvas because the vendor "wanted people to be able to see it and try it for themselves before we started talking about it."

The preview also adds support for two key ways to embed fonts stored on a server in web pages, WOFF and font-face. Fonts delivered this way will also be rendered by the GPU with sub-pixel placement for speed.

Improvements to IE9's Chakra JavaScript engine take its SunSpider speed test score down to under 350ms.

"We're now faster than Chrome 4," says Mauceri. "We're faster than the shipping version of Firefox, we're within 20ms of the recently updated Safari 5 and we're not done yet." He said that Platform Preview 3's score on the controversial Acid 3 test has gone up from 68 to 83. "We're not done yet here either", he added.

Mauceri says there have been two million downloads of the IE9 platform previews. The third platform preview meets Microsoft's promised eight-week deadline for updates but it still has no browser interface for everyday use and there is no news on the beta rumoured to come in August.