The man behind the seemingly unstoppable social network Facebook, Mark Zuckerberg, says Russia and the Far East are now the priority as Facebook looks to drive further growth. 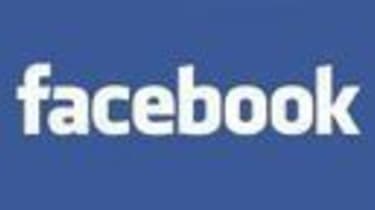 Facebook founder Mark Zuckerberg says Russia and the Far East hold the key to the social network's further expansion as its growth in Western markets starts to taper off.

With over 500 million users, Facebook's dominance around the globe is all but complete. But with the social network nearing saturation point in many markets, Facebook's focus is shifting to four markets where it is not yet the dominant player: Russia, Japan, China and South Korea.

Chief executive Zuckerberg says cracking those markets is now a priority, and believes doing so could see user numbers break through the one billion mark.

"We are down to just four countries where we aren't the leading social network," Zuckerberg told delegates at the Cannes Lions International Advertising Festival yesterday. "Now for the first time we are focused on doing some specific things in specific countries."

He failed to detail what these "certain things" might be, but possibilities could include local customisation or strategic alliances.

In Russia, Facebook has just one million members, where Vkontakte is the number one player. In Japan, Mixi and in China, Tencent QQ hold similarly dominant positions.

"I think if we succeed, we have a good chance of being the company that brings [social networking] to 1bn people," he announced.

Zuckerberg said the company had learned how to tell when a phase of rapid growth was imminent by looking at the "friending" trends.

"We know that a country has tipped when local-to-local connections outnumber local to foreign," he added. "It is a long-term thing and we are probably not going to win in six months, not in a year. But things look promising for three to five years out."

The founder of the social network admitted that its rapid expansion overall was probably now at an end, but said such aggressive growth was never going to continue indefinitely.

"We saw our exponential growth rate continue for a very long period of time, and it still does at a super-linear rate, though not quite three per cent a week any more," he told the Inside Facebook blog.