The company has reminded users the patch for Reader and Acrobat due next week will replace its quarterly update for July. 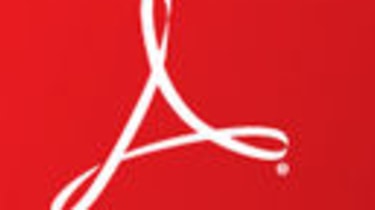 A patch to fix a critical flaw in two of Adobe's products has been brought forward to 29 June.

The patch will address a flaw in the authplay.dll component in Adobe Reader and Acrobat 9.x products, which could lead to machines crashing or being taken over by an attacker.

It is replacing the company's quarterly patch which was due to go out on 13 July.

The flaws affecting versions across Windows, Mac and UNIX platforms were discovered earlier this month, along with a critical flaw in Adobe Flash Player. However the Flash issue was patched in a matter of days.

The flaws could not have come at a worse time for Adobe, which has been embroiled in a war of words with Apple over the security of its products specifically Flash.

Apple chief executive Steve Jobs claimed the Flash Player had too many bugs and was a battery drainer, so he would not incorporate it into the likes of the iPad or iPhone.

Adobe fought back when its chief executive Shantanu Narayen claimed Jobs' comments were a "smokescreen" to draw attention away from his closed approach to the mobile market, but these latest critical flaws have left question marks hanging in the air.

For more information on the flaws, click here to read Adobe's security advisories.