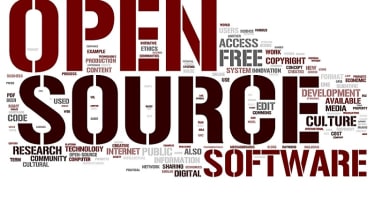 It hasn't always been like this. There was a short time around the turn of the last decade, when Mandriva, then known as Linux Mandrake, could claim to be the most popular Linux distribution in the world.

The early commercial success of Linux Mandrake was founded on a distribution agreement with MacMillan Software, now the Pearson Technology Group, which was signed in May 1999. By August of that year, Macmillan was claiming that its sales of Linux, based on Mandrake, accounted for 52 per cent of Linux retail sales in the US.

Less than a year after the founding of Mandrakesoft, Mandrake's parent company, Linux Mandrake had become the most popular distribution of GNU/Linux on the street. Mandrake was the Linux for the home user, the hobbyist or new Linux user, and had a justified reputation for being easy to install, easy to configure, and easy to use.

More than 70 per cent of Linux Mandrake sales were in the US, and owed everything to the Macmillan agreement. Therein lay the seeds of Mandrake's downfall.

The success of Linux Mandrake was based on sales of software in a box and/or as a CD provided with a book, distributed through Macmillan's publishing channels. Mandrake grew too quickly, and its business model was flawed.

The costs of Mandrakesoft, the parent company, rose as it expanded to fulfil the demand. Mandrakesoft opened an office in Los Angeles, and recruited programmers to sustain the pace of change, but revenues didn't grow to match.

Sales of Linux in a box didn't make a sustainable business model. The rise of Mandrake coincided with the dotcom boom. Broadband usage was rapidly expanding, and Linux could be downloaded and installed as an ISO. Why pay for a new box and new manuals every six months, when you could upgrade on the fly?