The overwhelming majority of mobile broadband users are experiencing problems with the quality of the service. 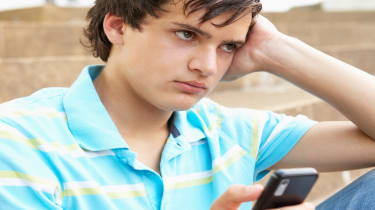 Research from YouGov, the company that runs the UK-wide Dongle Tracker survey of mobile broadband, found that a huge proportion of users a full 84 per cent had issues with their connection.

Chief among the problems cited was slow speeds, affecting 67 per cent of users. Close to half (49 per cent), had problems with coverage and 45 per cent were sometimes unable to connect. A further 40 per cent found they could connect, but the connection dropped. A slow speed connection was also the problem that happened most often.

Researchers found that video content is having the greatest impact of all types of Internet traffic on mobile broadband connections. An average YouTube video streams at 1Mbps, but the capacity of a single cell site running HSDPA is 18 to 21 Mbps. YouGov calculates that 36 per cent of mobile broadband users watch video online, at least occasionally.

Networks rely on fair usage policies and usage caps to try to manage quality of service, but YouGov also found that only 42 per cent of users knew that they had a fair usage policy, even though when questioned further most people agreed that such policies were justified.

Mobile broadband users also said they were willing to accept "content adaptation", such as smaller video playback windows, if it improved quality.

According to mobile data specialist Acision, operators will need to invest in technologies to optimise content for users connecting via cellular networks, rather than rely entirely on caps or fair usage policies to throttle back demand.

Operators could, for example, offered tiered quality of service based on the content type, the user's subscription, or even the time of day. Services such as Internet telephony (VoIP) could also be given priority over, for example, file sharing.

Such moves could, though, run up against objections from users and some content providers for undermining net neutrality.

"In essence, we are in full support of net neutrality where users can access Internet content when and where they want," said Steven van Zanen, Acision's head of mobile broadband.

"But we also feel that those subscribers that consume the most bandwidth-hungry applications should pay their relative share of the network cost. This is not possible with the flat fee usage allowance price plans offered by operators today."