Twitter’s service performance levels seem to attract less criticism that most. But why is that, wonders Simon Brew? 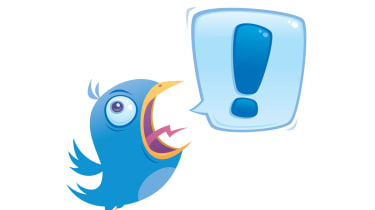 Twitter itself explained its latest downtime in a blog post. It wrote that "we have uncovered unexpected deeper issues and have even caused inadvertent downtime as a result of our attempts to make changes. Ultimately, the changes that we are making now will make Twitter much more reliable in the future. However, we certainly are not happy about the disruptions that we have faced and even caused this week and understand how they negatively impact our users."

So why do people put up with it? The fact that it's free hasn't stopped complaints about Facebook and the like, after all.

Well, maybe it's because Twitter, for better or worse, treats people equally. After all, when the service goes down, it takes everyone with it. When it's overcrowded, everyone gets sluggish response times. And when there are double posts after a botched upgrade, there's a modicum of frustration, yet Twitter still seems to get a pass. Even during the notorious problems it suffered during the summer months of 2009, when Twitter's instability was a common theme, it attracted far less criticism back then, and is almost seen as one of the quirks of using the service in the first place.

However, is that always going to be the case? Because as Twitter rightly notes, its userbase is growing, and the amount of traffic that goes through Twitter has been growing at a staggering rate.

But it's not just a numbers game, for the way people are using Twitter has changed. In the early days, the service attracted criticism for the mind-numbing nature of many of the updates that were Tweeted. That can still be levied in many cases, of course, but more and more businesses have successfully used Twitter, and are becoming increasingly reliant on it.