A 27-year-old has admitted to stealing over $1.1 million from charities and nonprofits through an identity theft scam. 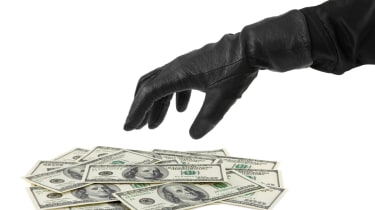 A contractor who worked in the IT department of the Bank of New York has admitted to stealing more than $1.1 million from charities and nonprofits, among other organisations.

Adeniyi Adeyemi stole personal information from 2,000 bank employees and then used the information to carry out the thefts over eight years.

Adeyemi took the personal data to open more than 30 bank and brokerage accounts with a number of financial institutions, including E*Trade and Fidelity.

Many charities opt to place their bank details available online to make donations simpler for online users. Of course, this leaves them more open to attacks such as this.

Adeyemi also used the personal data he stole to take money from the bank employees, again by moving money over to the dummy accounts. To avoid detection, he ensured that no transfer would be more than $10,000 the point at which all financial institutions are required to report transactions to the US Treasury.

However, the New York/New Jersey Electronic Crimes Task Force of the United States Secret Service became aware of some suspicious activity and traced it back to wireless internet connections in Adeyemi's apartment building.

Some of the organisations affected by the scam include Goodwill Industries of Greater New York and New Jersey, the Sudanese American Community Development Organisation and the American Association for Clinical Chemistry.

"He victimised his colleagues, charities, and nonprofits. Particularly because identity theft is such a serious problem in our city and nation, I thank the members of our Cybercrime and Identity Theft Bureau for their work on these difficult cases," he added in a statement.

Adeyemi is due to receive his sentencing on 21 July.