Although the UK ranks fairly well on a global scale, the number of cyber attacks is still significant. 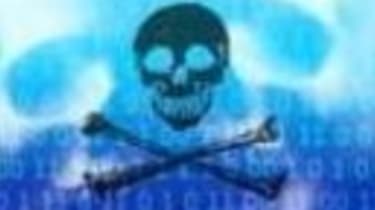 The UK has come in sixth place in a list countries with the lowest number of attempted cyber attacks, below the likes of India, Germany and Brazil.

The number of attempted cyber attacks per thousand PCs was 107 for the UK, which has well over 55 million active PCs, according the study released today by SecureWorks.

This meant there were nearly six million attempted attacks within the country's borders during the time of the study, which began in January of this year.

SecureWorks, a global information security company, claimed the study showed there were more than a handful of vulnerable computers worldwide.

"Overall, the study shows that not only are organisations and individuals putting themselves at risk by not securing them, but they are actually providing cyber criminals with a platform to compromise other computers," said Jon Ramsey, chief technology officer for SecureWorks.

Ramsey claimed the reasons for different numbers of attacks among countries could be due to a country's internet speed or how well ISPs educate and protect their clients regarding security.

He said protection through traditional methods like firewalls and anti-virus software should be combined with intrusion prevention services, access control and data encryption, among others, to effectively analyse and defend systems.

"As the use of online banking, shopping, social networking and other sensitive computer activities are increasing in popularity, the basics of computer security must be implemented." Ramsey concluded.