Nokia suffers for lack of smartphones

With more smartphone brands on the market, consumers are looking beyond Nokia and telling their colleagues about it. 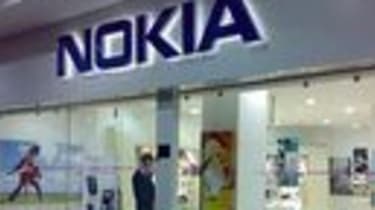 Nokia seems to be losing a grip on its customer base as recommendations from friends or colleagues have decreased and the variety of smartphones available has risen.

Only a third (34 per cent) of smartphone owners said they would consider a Nokia for their next handset, a drop of 12 per cent since December 2009, the third wave of YouGov's Smartphone Mobile Internet Experience study revealed this week.

Marek Vaygelt, head of consumer, technology and telecoms consulting at YouGov, said Nokia have not taken advantage of the smartphone era, and are now on the sidelines watching the rise of Apple, Blackberry and HTC.

The study also revealed the number of people likely to recommend Nokia fell from 15 per cent in 6 months to 12 per cent, whereas Apple's recommendation score was 70 per cent.

Vaygelt said word of mouth is important, especially in newer technology markets like smartphones and, in the main, consumers looking for a Nokia phone were already Nokia users.

"Early adopters go first, they make decisions, they then talk about their decisions a lot and people go to them for information because those people are considered knowledgeable," he added.

"New products, software and apps are needed soon if Nokia is to keep up with its rivals," said Feldman.

The smartphone market needs to be the focus for companies like Nokia, so they can reach the market profile they had pre-smartphone, or they will have difficulties, added Vaygelt.

"If you do miss the boat at a point of technology change, then there is a potential issue for you about whether you can catch up," he concluded.