We got some one-on-one time with SAP’s leading mind on business intelligence to get to the root of the technology. 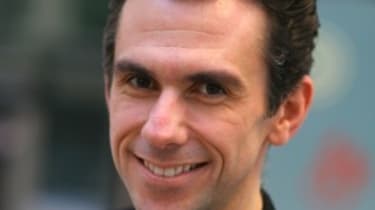 I'd say there were two real eras. The term business intelligence was actually coined back in 1958, believe it or not, by a researcher called Hans Luhn and he actually had the foresight to propose a system that would have analysts receiving information and the system would learn on the fly what information was useful to which people.

He was incredibly farsighted. It was just the very dawn of the commercial computer age.

Then the very first computers sold were always sold with the idea for using it to do business intelligence. The very first commercial computer ever and it was here in the UK was by Lyons. They had the Lyons tea shops and wanted to optimise their supply chain of perishable buns and cakes and they bought a computer to do that.

But fast-forward, the term really started getting to the landscape when it was recoined by Gartner in the late 1980s, and that is when the modern era of business intelligence [dawned]. Business Objects [SAP's offering] was released in 1990. We believe we were one of the groups that accelerated it.

Before then you had a whole bunch of technology but you had to be an expert to get the data out, you had to be a techy. As a business person, the most you could do was ask somebody else to get the information for you.

We created a "universe" within our technology and it basically translates from business terms to a technical language that you need to actually get it out of the database.

So for the first time it stopped being a tool for IT people and started being something that business people actually could use for themselves.

So many more people have been using BI in recent years, where has the momentum come from?

Partly it has been maturity. We have done all the easier problems, all the things we could cover with basic reporting, but there is still lots to do. When it is a known problem we are pretty much on top of it but as markets have gotten more sophisticated, what we need to analyse has become more complicated. There is more flexibility so you need more people spending much larger chucks of their lives making decisions and analysing information.

There are great studies showing 50 years ago [most] work was manual labour and a small proportion of non-manual labour. Now that has massively gone down because manufacturing has become more efficient. Fewer and fewer people are actually making things with their hands.

If you look at the people who are doing thinking as well, the chunk that were clerks they are doing the same thing. They are writing something in a ledger, they weren't really using their minds. That proportion of [white collar workers] has massively increased over the last 50 years and so it is normal that people are requiring more tools to support it.

If you look at what business people actually do all day, it is reorganisation. It is a product recall or, look at BP, they have just had to redo everything in their organisation because of an accident.

If you look, there must be hundreds of thousands of people across the organisation that are scrambling to figure out things in new ways and they need information to do that.