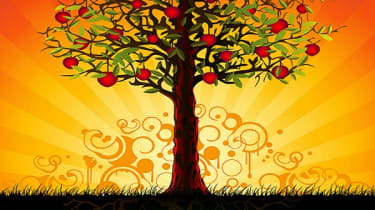 However, while Apple was churning over billions of dollars of revenue in these sectors, questions began to be asked regarding its treatment of its computer line, specifically its range of Mac computers and the MacOS operating system. That's not to say that Macs weren't still a significant part of the company's business. In its second quarter results, as reported in April 2010, the firm announced that it had sold 2.94 million Apple Macintosh computers in three months, an increase in sales of 33 per cent over the quarter.

Yet that level of growth has been dwarfed by the 131 per cent rocket in iPhone sales, and it's the app market too that's been drawing many of the firm's resources. Such is the level of the importance of these apps that it was back in 2008 that Mac OS X Leopard was delayed due to resources being deployed elsewhere.

And since then, there have been accusations that the firm has been neglecting its line of Macintosh machines. Granted, there have been some updates here and there, but arguably since the switch to Intel processors, the rate of innovation and interest the firm has shown in its Mac line has slowed. To be fair, there's an argument that there's only so much you can do with a computer specification. But we've seen in recent times the introduction of consumer solid state hard drives, and more recently the unveiling of USB 3.0 technology.