Government to focus on tech outsourcing?

The minister for universities and science has hinted the Government will outsource more work to private companies for tech projects. 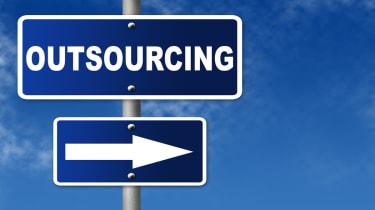 The UK Government could be set to invest more in external private companies for tech projects, following comments made by the minister of state for universities and science.

During a speech at London's Royal Institution, David Willets said he is keen to pursue projects like that of Skynet, the UK's biggest space project system which provides secure satellite telecommunications for the armed forces.

As part of this initiative, the Ministry of Defence (MoD) bought a service from space company Astrium and buys extra capability when required. Astrium is also permitted to sell spare bandwidth to other Government departments.

"Skynet is an example of smart public sector procurement. Instead of buying a satellite, the MoD bought a service and created a commercial opportunity at the same time," he explained.

"A purchasing contract can be as effective a way to get money to an innovative small business as a grant or a capital investment: this is particularly important at times when banks are so reluctant to lend."

Willets also pointed to the importance of research and development in the country, hinting greater investment is needed in this area, while use of foreign resources is valuable as well.

"It makes sense for Government to back shared facilities research platforms if you like which private companies could not develop on their own," he said, claiming Government backing for research makes "economic sense."

Willets also pointed to public competitions for new technologies as a good way of invigorating innovation in the UK. He noted that setting up a prize or challenge does not have to be a Government responsibility.

Willets warned of the limitations imposed on the science and technology sector in the current economic environment. He noted that the previous Government did not leave a long-term spending plan in place for the segment, just a pledge to save 600 million from the higher education, science and research budgets by 2012-13.

Financial restrictions will play a big part in how far the Government can take its IT capability in the future. Earlier this year, the coalition government announced that it would be making 95 million of cuts in public sector IT spending.