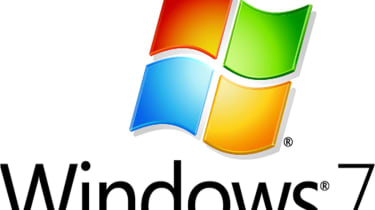 Microsoft has changed its mind about when it wants businesses to move over to Windows 7 from the XP Professional and Vista operating systems.

The Redmond giant has extended downgrade rights to Windows XP Professional and similar Windows Vista versions beyond the previously planned end date at the official launch of Windows 7 Service Pack 1 (SP1), with no actual deadline in sight.

Previously, Microsoft was not going to allow customers buying Windows 7 machines or licences to downgrade to earlier versions of the OS once SP1 had been released.

Microsoft, in light of what it called an "unprecedented" move among customers to Windows 7, has now scrapped the downgrade deadline.

"Businesses can continue to purchase new PCs and utilise end user downgrade rights to Windows XP or Windows Vista until they are ready to use Windows 7. Enabling such rights throughout the Windows 7 lifecycle will make it easier for customers as they plan deployments to Windows 7," explained Brandon LeBlanc, Microsoft Windows communications manager, in a blog post.

As for the business benefit, LeBlanc said Microsoft customers have noted that removing end-user downgrade rights to Windows XP Professional could confuse them, as the rights change would be made for new PCs with Windows 7 preinstalled.

This would mean that "managing a hybrid environment with machines that have different end-user rights based on date of purchase would be challenging to track", LeBlanc explained.

"Maintaining a more straightforward policy would help those customer segments that rely on downgrade rights as part of their migration planning particularly in emerging markets and customers who may not take advantage of our volume license programs," he added.

Last month, a version of SP1 for Windows 7 and Windows Server 2008 R2 had been leaked on the internet.

Microsoft has now made a public beta of SP1 available, which can be downloaded now.

Windows 7 ends: what do you do next?

10 ways to speed up your laptop