With social networking use in the workplace rising, companies may need to think more about what policies they have in place. 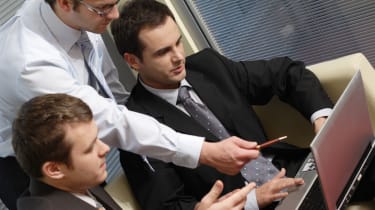 Almost a quarter of respondents to a Trend Micro survey said they used social networking sites in the workplace, up from 19 per cent in 2008.

The poll, conducted among 1,600 end users in the UK, US, Germany and Japan, discovered that Germany had seen the biggest rise in office social networking use, followed by the UK.

A disparity between laptop and desktop users was also discovered by the research, with the former more likely than the latter to head to sites such as Facebook and Twitter.

In 2010, 29 per cent of laptop users polled said they went on such sites at work, compared to 18 per cent of desktop users.

Furthermore, laptop users who go online outside of the corporate network are more likely to share confidential data over services such as instant messenger, email and social media applications than workers always connected to the company network.

According to Rik Ferguson, senior security advisor at Trend Micro, companies should be educating their workers on the dangers associated with social networks on a regular basis, rather than just occasionally.

"Any policies that you are going to put in place, one of the most important pillars of that policy is going to be education," Ferguson told IT PRO.

It is also important for workers to understand the longevity of the data they place on the internet, Ferguson said.