The Dell Streak is the first in a stream of Android tablets to appear on the market. We review it to see if it’s in the same league as the Apple iPad 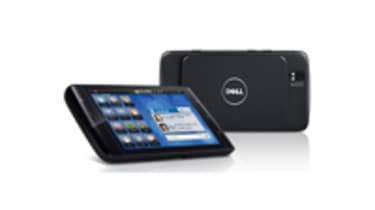 Google Android has burst into the mobile scene with a bang, and it's taken over the smartphone popularity chart, steaming ahead of more traditional platforms including Windows Mobile.

However, true to Google's word, Android is beginning to infiltrate other corners of the market, including tablets.

The Dell Streak is a tablet in some respects, but can also function as a phone at a cost, of course.

The device isn't a bad looking one. It's sleek, with few hardware buttons around the sides and three touch sensitive keys below the screen.

There's a speaker on the back, just below the battery cover too, although this is badly placed if you like to listen to music or have a call on speakerphone with the screen facing you.

The Streak can either be judged as a large smartphone (if you opt in to one of O2's voice price plans), or a small tablet if you opt to purchase the device with a data only plan, or SIM free.

Let's set one thing straight very few will use the Streak as a smartphone because of its size.

Due to the five inch screen, it'll come as no surprise that it's massive as a phone and feels unnaturally uncomfortable when you hold the speaker to your ear.

O2 and Dell may insist that the Streak hasn't been designed as a phone, but if it isn't, why have a phone function on it, and the ability to perform video calls with the front-facing camera?

You'll find a widget on the home screen clearly labelled phone' that takes you to a phone interface. When you make a call, it looks pretty similar to any other Android phone.

Phone functionality quirks aside, the screen is great for carrying out tablet-based tasks.

At 480 x 800 pixels, the display is nowhere near as high resolution as the iPad or even the iPhone, although it doesn't look bad far from it.