We run down the 10 best open source alternatives to the business software we use every day. 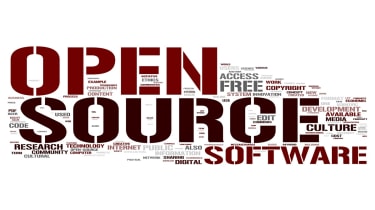 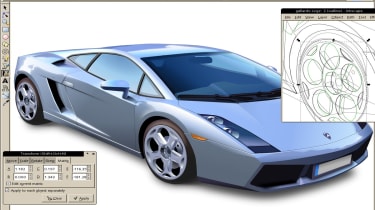 If you're a creative designer or artist, vector graphics will likely take up a good portion of your time. InkScape offers you an impressive array of tools without the associated overheads.

Professionals and newcomers alike should find the UI easy to pick-up and intuitive. The software offers a great feature set including document mapping, shape creation, guided and unguided freehand illustration and editable paths to name just a few and can be used to create web pages, icons, print ready illustrations; basically whatever your arty imagination can conjure up.

Some mild stability issues were reported with the last incarnation (0.46) but the newest revision seems to have addressed any previous problems with the application crashing when opening certain files.

As with all open source software documentation and support are thin on the ground compared to their big-budget cousins but if you can live with community support we would wholeheartedly recommend giving InkScape a try before you take the plunge. 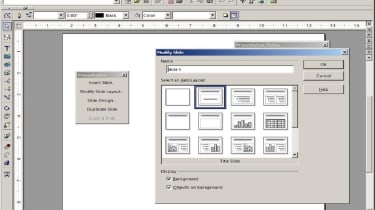 Sun Microsystem's Impress is part of its Open Office suite, aimed at rivalling Microsoft's PowerPoint and Apple's Keynote. The clue really is in the name. Impress is a hugely functional application which gives users all they should need to create eye-catching presentations including multi-monitor support, advanced graphical options, animations, special effects and the ability to export as .PDF, among others.

You're presented with a workspace very similar to Microsoft's application but that said it might take users familiar with PowerPoint a short while to catch up. Once you have you won't look back.

It does lack the shiny exterior of Keynote and PowerPoint but again, the UI doesn't impede the quality of your output. Impress holds its own and we've actually come to prefer it.

In previous versions there were some teething troubles associated with exporting to .SWF and .HTML but thankfully these minor issues have been all but ironed out leaving us with another firm competitor in the open source ranks.