Rackspace opens up the cloud

The world’s second largest cloud provider is opening up its source code to encourage adoption of the technology. 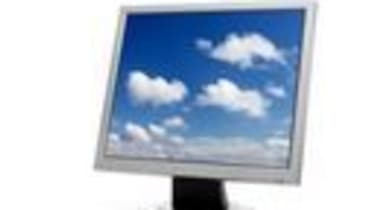 Rackspace is opening up its code in an attempt to encourage take up in the cloud market.

In a new platform offering, "OpenStack" will incorporate donated code from Rackspace's own Cloud Files and Cloud Servers as well as including technology from NASA's Nebula Cloud Platform.

"The market is crying out for an open standard at this point in time," Fabio Torlini, head of cloud at Rackspace in Europe, told IT PRO,

"When we talk to customers and analysts out there, they tend to be worried about the fact that the products are closed products. So by releasing our code and making an open standard, or trying to encourage it to be an open standard, it means there is a lot more flexibility in the market and people aren't tied down to one provider anymore."

Rackspace has worked with a number of partners, including AMD, Dell and Intel, to develop the code and enable open creativity to improve its use for customers, but the main thrust of the work has been from the company in partnership with NASA.

"To serve this demand, we built Nebula, an infrastructure cloud platform designed to meet the needs of our scientific and engineering community. NASA and Rackspace are uniquely positioned to drive this initiative based on our experience in building large scale cloud platforms and our desire to embrace open source."

The fly in the ointment for adoption of cloud technology has often been security, but Torlini claimed this method will help quell those fears.

"We believe by making the platform open source in the long term it will be much more secure," he added. "By opening up the code, more and more people will be looking at that code for any potential holes. By making it open source really we are accelerating the development potential many times over."

"We have got some great products, primarily developed by us and by opening them up and getting more people to actually develop the code will become more and more secure overtime so it is a benefit for all."

OpenStack is aimed at internet service providers (ISPs) and hosting companies initially but Torlini also believes the large enterprise will be keen to get involved.

He concluded: "We are great believers in open source and in terms of the market itself, the more the market grows and the more cloud becomes acceptable, the more we will benefit of being a large provider of cloud services."

OpenStack.org goes live today with code available from Rackspace's cloud file products. However, the compute product code will not be available until later in the year.