The trials and tribulations of social networking

As a business, you may be examining how to take advantage of social networking sites. Before you leap into the fray, take heed of the mistakes others have made before you. 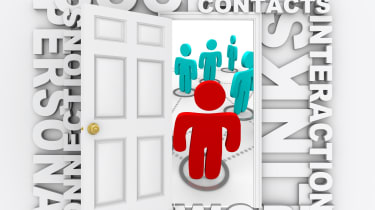 The last thing we at IT PRO would want to do is put you off helping your business jump onto the social networking train.

With the likes of LinkedIn, Facebook and Twitter amongst others there is a plethora of sites to get your company's name out there and promote your services to the wider world.

However, as easy as these sites may be to set up, they can also be very easy to make mistakes on. We thought it best to show you the blunders of the rich and famous and MPs so you can learn from their social networking faux pas' before embarking on your own course of action.

The idea of typing out 140 characters may seem simple to some, but you will be amazed at the amount of people in your company who don't understand the connotations such a short message can bring.

There have been many prominent personalities who have set up Twitter accounts and not understood it is no private diary or quick anecdote share with friends. Once in the public domain, a tweet cannot be taken back.

Take Kerry McCarthy. She stood for Labour in the last general election in the Bristol East constituency and broke the rules by leaking the result of postal votes in her area over the microblogging site.

She may not have had malicious motivations to do so, but she seemed to have misunderstood how quickly a mistake like that can go viral on Twitter. Before long, the message was retweeted by 5,835 of her followers and the electoral commission had got involved with threats of a 5,000 fine or six months in prison.

Then there is Paul Chambers. You may not recognise this man's name as a famous personality but he soon became one after a off the cuff remark over Twitter ended up with him in court.

After getting infuriated with continually delayed flights at Robin Hood airport in Yorkshire, thanks to snow, Chambers decided to tweet about "blowing the airport sky high."