NO2ID on fighting the database state

We spoke to Phil Booth, national coordinator for NO2ID, about privacy issues and taking on the "database state". 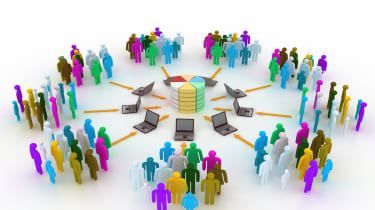 ...Awareness has grown because of the disgraceful amount of data breaches and transgressions that are going on...

There are certainly people at the ICO who are fantastic, genuine, ardent, passionate, methodical, proper data protection people. There are others who are frankly appalling.

Do you believe the ICO can operate as an effective independent body in at least some capacity?

I'm sure it can operate as an independent body. I don't see any reason why it couldn't. I certainly think you need the right characters in place and I think you need people who eat, sleep breathe data protection and freedom of information and environmental information at the heart of it, and there are some people like that even in the upper ranks.

But it seems to me the institution has become so caught up in we are the poor cousin, we don't have enough money, we can't do this, we can't do that'.

Chris Graham looks to me look like a very competent chief executive a manager, someone who can get the people in and sort out the backlog that's the one level he has improved on. Hats off to him, but you need leadership, in the situation we are in now you need leadership, you need someone who is ready to step up to the plate, a regulator not just independent of government but who is willing to pick the fights that need to be had.

One may argue that is not the place of a regulator to do, but I'm sorry, if you are about regulating what is done with people's personal data in a territory, then sometimes your only [option] is to illustrate the point by picking a fight. In 2004, we picked a fight in order to illustrate a point - a much broader point.

It isn't that hard to get [people] to understand [a point] so long as you put in front of them things that they can understand in their terms, in their lights.

People are not dumb. I find it very arrogant of government sometimes to think that people are either too stupid or foolish or just too busy to bother with this stuff. I think that may be true of a small minority of people there are always going to be some people who don't get it - but the vast majority of people presented things in straightforward terms will understand.

So what can people and NO2ID do to improve what they consider to be flaws in the system?

There are many things we can do to improve the situation. I am big fan of the Karl Popper's notion, of the whole open society, that society is imperfect but infinitely perfectible. And systems like fascism, which is where Popper came up with the concept from the Nazi regime, systems that impose a Utopian or dystopian fixed vision on the way the world should be, are getting it badly wrong.

You have to embrace the fact that people always [make mistakes] those are the things that drive you to improve things.