Barack Obama and David Cameron have met in Washington to discuss - amongst other things - a solution to the Gary McKinnon extradition. 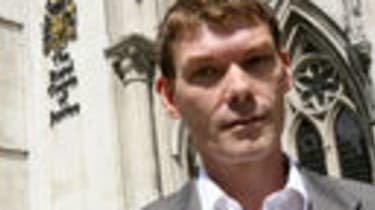 President Barack Obama and Prime Minister David Cameron have discussed finding a solution to the potential extradition of hacker Gary McKinnon to the US.

Cameron said whilst he did not want to influence other talks around the "significant crime" McKinnon stands accused of, the PM hoped "a way through [could] be found".

"I trust this will get resolved in a way that underscores the seriousness of the issue but also underscores the fact that we work together and we can find an appropriate solution," Obama told journalists during a press conference at the White House.

However, Obama noted the president does not get involved in extradition decisions.

"What I expect is that my team will follow the law but they will also coordinate closely with an ally that is unparalleled in terms of our cooperative relationship [the UK]," the President said.

Obama also pointed to the seriousness of the cyber crime threat and the importance of fighting it with the help of the UK.

"We are going to see enormous amounts of vulnerability when it comes to information," he added.

Janis Sharp, Gary McKinnon's mother, told BBC Radio 5 live it was "wonderful" she had seen Cameron and Obama discussing her son on TV.

"David Cameron and Nick Clegg have always said that they wouldn't extradite Gary, he would be tried in the UK if they got in, and they are in now and I believe they'll keep that promise no matter what," she said.

Sharp added her son was "obviously hopeful" but remained in a "frightened, tense state" over the potential extradition.

Despite Sharp's hopes, Deputy Prime Minister Clegg recently suggested he was unsure how easy it would be for the government to prevent McKinnon, an Asperger's Syndrome sufferer, from being extradited to the US.