Integration with the Tell Me voice-control feature means Windows Phone 7 devices will be Bing-only by default, a situation even OEMs won't be able to change. 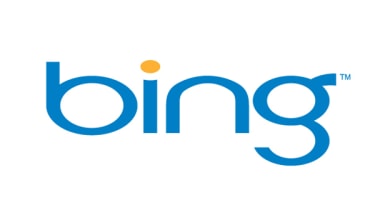 Microsoft's Bing will be the only default search engine on all Windows Phone 7 handsets when they appear later this year with rival search products only available through app downloads.

Despite its chief rivals iPhone OS 4.0 and Android appearing to go in the opposite direction by opening up their handsets to multiple search options, Microsoft has decided to go the other way and lock down handsets to its own search product only, even for OEMs.

Explaining the decision, Microsoft senior product manager Greg Sullivan told technology site Pocket-Lint that because "the search engine has been heavily integrated into the OS... it would be hard to offer an alternative".

It was previously thought that while Bing was always likely to be the default search choice on Windows Phone 7 devices, there would at least be some flexibility in being able to change it.

That's the approach taken by Google with Android, with handset makers and carriers able to substitute or add other search products instead of the default Google search engine before releasing devices to consumers.

Apple, meanwhile, allows consumers to choose between Google, Yahoo and Bing as the default search choice on products running its iPhone OS 4.0 operating system to Yahoo and Bing alongside the existing Google offering.

Sullivan went on to elaborate that the Bing integration was heavily linked to the Tell Me feature in Windows Phone 7 a voice-command system along the lines of Apple's Voice Control or Google's voice recognition system on the Nexus One.

Tell Me will allow users to control their handsets extensively through vocal commands, and search the internet using Bing. Sullivan confirmed that alternative search providers would be free to submit apps or hubs for Windows Phone 7, though wasn't saying if they would be able to integrate with Tell Me on any level.

The latest comScore figures show Bing with a 12.7 per cent share of the search market, some six per cent adrift of Yahoo and well short of Google's near-two thirds market majority.