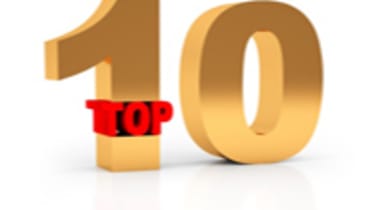 With every major mobile phone release, users are treated to an ever-expanding list of advanced features. Some are more useful than others, but they represent an industry that is always on the move.

The next big feature to make our lives easier is usually only an upgrade away but we've decided to gaze a little further into the future as we anticipate where manufacturers will go next with their products. Here is our top 10 future smartphone features.

We don't have to look too far into the future for this one, with Samsung's Beam handset already offering projection, albeit in a fairly primitive form and more advanced Android based handsets on the horizon. Basic or not though, the Beam is a ground breaking device, and in projection we see a feature which we think will become a staple in future releases.

Being able to sit down in a conference room and simply view a presentation or video without waiting for laptops to be plugged in or faulty cables to be swapped out would be breath of fresh air for most business users. As technology advances we will see the extension of projection into the video conferencing environment and others.

Looking further into the future we should see mobile devices packing holographic projection. The technology, which is in its infancy currently, offers a full three-dimensional rendering of the subject and would be invaluable to any designer or architect. People in the medical profession may have to wait a while longer for full body holographics but it's certainly not a flight of fancy to assume it will arrive.

Every new camera phone released is touted as a 'compact camera replacement' but with the advancement made in the camera industry they seldom live up to their hype. We're set to get a glimpse of what's in store though with the upcoming release of Nokia's N8 smartphone, which carries an eight megapixel sensor and Carl Zeiss optics.

As good as these features are, they aren't good enough to usurp a compact DV or still camera and the future may well see a further coming together of big names in the photography and mobile world as industry leaders in both fields realise that people don't want to carry a camera and a mobile device. So expect to see 12 megapixels and 1080P capture, huge on-board storage and even full editing on the hoof with Photoshop and Premier among the software being used.