Despite impressive improvements on broadband speeds over the past year, Ofcom is still concerned ISPs are claiming faster than achievable connections. 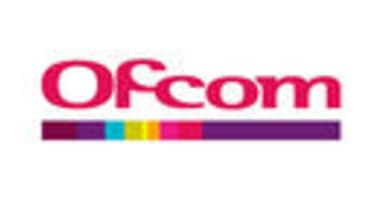 Internet Service Providers (ISPs) in the UK are still leading customers on to believe they can achieve higher broadband speeds than actually possible.

So claims new research by Ofcom which, along with SamKnows, concluded there was a "growing gap" between advertised speeds and those reached by consumers, despite ISPs signing up to a Voluntary Code of Practice to stop this more than 18 months ago.

The report claimed the differences between the two speeds was down to broadband being delivered over old copper lines, designed for phone calls rather than the faster technology.

The "poor quality" and "electrical interference" on the lines slowed connections right down, the research said.

Ofcom has revised is code of practice to make ISPs commit to a more honest approach to speeds with their customers and to allow consumers to terminate contracts within the first three months if they don't receive the speeds they were expecting.

Ed Richards, chief executive (CEO) of Ofcom, said: "Actual speeds are often much lower than many of the advertised speeds which makes it essential that consumers are given information which is as accurate as possible at the point of sale; this is what the new Code is designed to deliver."

He added: "We are delighted that all major ISPs have signed up which is a major step forward."

The research did come to some positive conclusions as well. It showed average broadband speeds in the UK had increased by 25 per cent over the past year, rising from 4.1Mbps to 5.2Mbps.

Virgin Media performed the best, achieving between 45.9 to 47.4Mbps on its "up to 50Mbps" offering.

The research carried out more than 18 million performance tests in more than 1,500 homes throughout May 2010.