We review Kaspersky Internet Security 2011 to see whether it can help protect against modern-day computing threats. 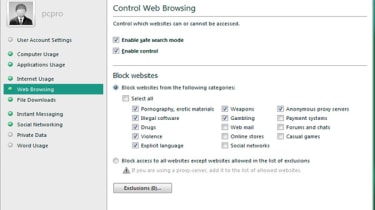 The world of security doesn't stay still for very long. Which is just as well as the bad guys don't stop moving either.

Indeed, we've only really just got through the first six months or so of 2010 and Kaspersky Lab has already delivered its 2011 internet security suite.

Expectations are high, as Kaspersky was once a regular recommendation for sister site PC Pro, but in the past 18 months it's struggled to compete with stellar detection rates from Avira and Norton.

At first glance, that hasn't changed: from a selection of more than 300 current malware samples, Kaspersky Internet Security 2011 (KIS 2011) positively identified an impressive 96 per cent, but A-List champ Norton 2010 hit 99 per cent, with Avira just a whisker behind on 98 per cent.

Yet Kaspersky's 2011 suite has a new ace up its sleeve. Although it didn't recognise all of our samples, it noted that those it didn't know were unsigned and not commonly found on other Kaspersky subscribers' PCs, and quietly flagged them as suspicious. When we actually tried to run them, and they started trying to dig their way into our system settings, the software rightly intervened and raised the alarm.

It's a similar approach to the Insight and SONAR 2 systems found in Norton Internet Security 2010, but there's no shame in that: arguably, it gives more credibility than a perfect detection score would.

Another new feature is "Safe Run for Websites", which builds on the sandboxing system for applications that first appeared in the 2010 suite. Now you can run your browser in a protected mode - with a conspicuous green border - that prevents rogue processes from snooping on its traffic and cached data.

Tell the software the URL of your bank and it will automatically open a "safe" browser whenever you go there.