Around 100 million Facebook users have had some of their data scraped from the site and placed in a torrent file. 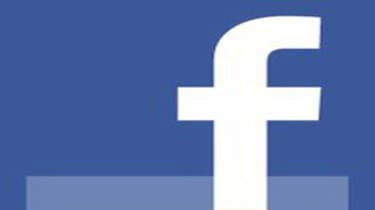 Facebook has been hit by another privacy setback, after around 100 million users had personal information taken off of the site and placed into a publicly downloadable file.

Ron Bowes, from Skull Security, has included the URL of every searchable Facebook users' profile into the torrent, along with their names.

Facebook has been quick to point out all the information taken was publicly available something which the users have consented to.

"In this case, information that people have agreed to make public was collected by a single researcher," a spokesperson said.

"This information already exists in Google, Bing, other search engines, as well as on Facebook. No private data is available or has been compromised."

The spokesperson added: "Similar to a phone book, this is the information available to enable people to find each other, which is the reason people join Facebook. If someone does not want to be found, we also offer a number of controls to enable people not to appear in search on Facebook, in search engines, or share any information with applications."

Bowes carried out his Facebook data harvesting by creating a crawler which scraped the information from the social network's open directory.

Bowes said he only indexed searchable users and not their friends, but gaining this extra information was possible.

"Getting their friends will be significantly more data to process, and I don't have those capabilities right now," he added.

While the data was evidently publicly available, Bowes' efforts will do the social networking giant no favours considering the scrutiny Facebook has faced over privacy issues of late.

Rik Ferguson, senior security advisor at Trend Micro, said whilst people can opt out of being indexable on Facebook, this choice has "disappeared" for the users whose information was placed in the torrent file by Bowes.

"It was kind of irresponsible to post that data on a publicly available torrent," Ferguson told IT PRO.

He said it takes a big event to get people's attention and make them think about privacy issues.

"This is an event of some magnitude it's a fifth of the Facebook population," Ferguson added.