Google given all clear over Wi-Fi affair

The ICO has quickly moved to declare itself satisfied the data captured by Google's Street View cars was 'insignificant.' 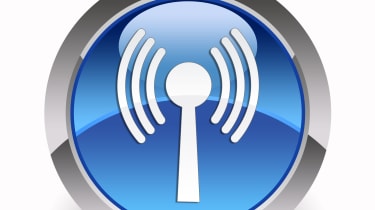 The Information Commissioner's Office (ICO) has completed its investigation into the private data captured by Google's Street View mapping cars, concluding the information did not amount to "meaningful personal details".

Under fire in May after its fleet of Street View cars were found to be soaking up data from unprotected Wi-Fi networks in as many as 30 countries in 2006, Google has found itself fighting off investigations on several fronts, including the UK and a multi-state probe in the US.

For its part, however, the UK's ICO has declared in a statement it found "no evidence as yet that the data captured by Google has caused or could cause any individual detriment."

"The information we saw does not include meaningful personal details that could be linked to an identifiable person," the statement read.

"As we have only seen samples of the records collected in the UK we recognise that other data protection authorities conducting a detailed analysis of all the payload data collected in their jurisdictions may nevertheless find samples of information which can be linked to identifiable individuals."

"However, on the basis of the samples we saw we are satisfied so far that it is unlikely that Google will have captured significant amounts of personal data."

The information watchdog said it would be notifying Privacy International and other relevant parties of its position.

"Information commissioners all around the world are investigating Google's Wi-Fi intrusion," Deane said. "In Britain alone, our commissioner has whitewashed the company's wrongdoing.

He concluded: "The ICO has really let British people down. We deserve better from those who are given the responsibility of protecting our privacy."