IBM’s DS5020 offers affordable enterprise level unified storage to mid-sized businesses. It supports both IP SANS plus 8Gbps FC SANs. In this exclusive review we see how well it performs. 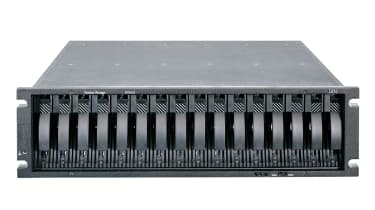 Mid-range businesses have to cope with the same explosive data growth as enterprises. However, it's unlikely that many of them will be able to afford the high-end, high-capacity network storage solutions from the likes of NetApp and EMC.

IBM's latest System Storage DS5020 aims to provide the answer to their data related woes. Not only is it a reasonably priced 3U rack system, it also supports IP SANs, the latest 8Gbps FC SANs and has a very high expansion potential.

The DS5020 offers a substantial number of improvements over its predecessor, the DS4900. The latter supports FC SANs only and has eight 4Gbps FC ports. The DS5020 starts with four 8Gbps FC ports with the option to add four more fibre ports or a quartet of iSCSI data ports instead.

Overall performance on the DS5020 sees substantial improvements thanks to the new dual controllers, while data security options now include support for FDE (full disk encryption) self encrypting hard disks. The starting price we've shown doesn't include any disks, but, along with FDE drives, you can mix standard FC and SATA models in the same chassis and IBM has just announced support for SSDs as well.

Each controller has 2GB of battery backed up cache memory which can be upgraded to 4GB and both run in active/active mode where they carry out cache mirroring. As standard, the controllers each have a pair of 8Gbps FC ports to which you can add either dual 8Gbps FC or Gigabit iSCSI data port options. Power redundancy is also available as the array has a pair of 600W hot-plug supplies.

The base unit can handle sixteen 3.5in hot-swap drives and has a huge expansion potential as it supports up to six 3U EXP520 storage expansion units each with a further sixteen hot-swap bays. These are daisy-chained from the DS5020 4Gbps FC expansion ports and allow storage to be increased to a whopping 224TB using the latest 2TB SATA drives.

We found installation a smooth process as the array is managed with IBM's Storage Manager 10 Client (SMC10) utility. It's well designed and very easy to use and runs a discovery routine that searches the network for storage arrays, displays them ready for configuration and presents plenty of helpful wizards.

Array and logical drive configuration come first where SMC10 groups drives by their interface and offers advice and guidance on the best RAID choices. It separated out our test drives based on their interface although we did notice it placed all the FDE and FC hard disks in the review unit in one group rather than keep them apart.

You can opt for full manual control where you pick an array type along with the number to be created and decide how many drives are to be included. At this stage you can set some aside for hot-standby duties and also allow SMC10 to divide the space in the arrays into equal sized logical drives ready for immediate use.

Next, you create host to logical drive mappings and SMC10 had no problems automatically spotting our test servers equipped with Brocade 815 8Gbps HBAs and running the Microsoft iSCSI initiator. During configuration you can decide whether hosts have dedicated access or will share a logical drive mapping.

Systems that require shared access to one or more logical drives are placed in host groups. Called partitions, the price includes two as standard but to increase the count you need to look at IBM's optional premium features which require license upgrades to activate them.

Premium features also include FlashCopy snapshots which take point in time copies of selected logical drives and can be used for a range of functions including backup and restoration. VolumeCopy provides a cloning service where it creates a duplicate of one logical drive to another location within the same appliance. Along with remote mirroring, the FDE drive security feature is also a premium option.

Dynamic capacity expansion comes as standard and allows you to drop in more disks or expansion cabinets and add them on the fly to existing logical drives. Using the Add Free Capacity option you simply select an existing array and assign new drives to it. This canbe done without affecting normal operations.

We then added an HP ProLiant DL360 G7 Xeon X5560 server also equipped with a Brocade 8Gbps FC card and mapped a dedicated volume to it as well. With Iometer running on both systems we saw a cumulative raw read throughput of 1290MB/sec. This shows that no contention for resources occurred.

We also tested IP SAN speeds over Gigabit by creating two dedicated logical volumes and mapping one to each of the two servers. With Iometer running on one target we saw a high raw read throughput of 113MB/sec. With both servers in the mix, cumulative performance settled at a very satisfying 223MB/sec.

Along with top performance over FC and IP SANs we were impressed with the DS5020 on a number of other counts. It's extremely easy to deploy, offers high levels of redundancy plus a huge expansion potential and is good value too.

The DS5020 delivered top performance in our tests and covers every storage angle. We found it easy to deploy and capable of offering excellent levels of redundancy and security. Compared with certain other storage vendors’ mid-range solutions it’s very affordable, the 8Gbps FC ports provide good future proofing and IBM offers plenty of upgrade options including IP SAN support. 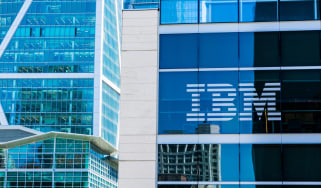 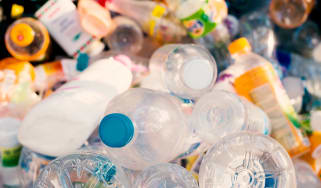