A BT Infinity advert has been banned after the ASA concluded it was misleading. 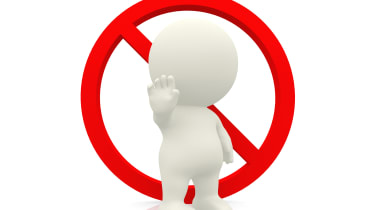 Four complaints were lodged with the ASA, suggesting the "instant" claim in the BT Infinity advertisement was misleading.

BT believed consumers would understand the term "instant" did not mean there would be no delay whatsoever.

The word under scrutiny has been used in a variety of industries to describe products not delivered straightaway, such as instant coffee, the communications firm argued.

BT also made various claims in support of its ad. It said customers using the company's fibre services could upload a 9MB video in eight seconds and download a 6MB song in just three seconds.

"We noted that BT had provided a list of the times they believed it would take to complete the activities stated in the ad, using their fibre optic broadband," the ASA said.

"However, we also noted that we had not seen evidence that substantiated those times."

The communications giant also failed to show proof of what speeds could be achieved by customers using BT's fibre services, or whether those speeds would be achievable at peak times and with "non-optimal computer set-ups," the regulatory body added.

BT had submitted three customer profiles to the ASA to support its views, which the regulatory organisation said were not sufficient enough for the advert to be permitted.

"We did not consider that profiles and testimonials alone were sufficient to substantiate claims relating to the speed of a broadband service," the ASA added.

"Because we had not seen evidence to support the claims made in the ad, we concluded that it was misleading."

Despite this setback, BT has been doing some speedy work in getting its fibre services out in the UK.

The company's fibre network now covers more than 1.5 million properties, with around 100,000 extra premises are being added every week.