Six arrests have been made as part of an investigation into a phishing network, believed to have compromised 10,000 bank accounts. 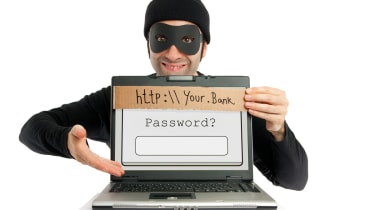 Five men and one woman were arrested this week in relation to an investigation into a phishing network, police have confirmed.

The alleged cyber gang are thought to have compromised 10,000 online bank accounts and are also believed to have taken control of 10,000 credit cards, from which it is estimated they gained over 3 million, the Metropolitan Police Service (MPS) said.

"By disrupting the operation we have hopefully prevented further loss to individuals and institutions across the UK."

The investigation was part of the PCeU's anti-phishing initiative, otherwise known as Operation Dynamophone.

PCeU Officers made the arrests after carrying out five searches across London and an address in Navan, Ireland, with the assistance of the MPS Territorial Support Group and the Irish Garda Siochana Fraud Investigation Bureau.

It is thought the gang behind the illicit operation had been sending a large amount of unsolicited spam emails, asking recipients to visit specially created websites claiming to be legitimate banking webpages.

Victims were then asked to enter personal data, in the classic phishing style, which was taken by the suspected fraudsters to access online bank accounts and move funds. Credit card info was obtained in the same way.

How much the phishing network managed to acquire in total is yet to be ascertained.

Commenting on the scam, senior technology consultant at Sophos, Graham Cluley, said people should be careful about what links they click on.

"Clearly old-fashioned phishing by creating a bogus banking webpage remains a way to make dirty money," he added in a blog post.