Has “antennagate” found a scapegoat? 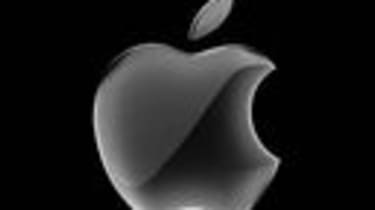 Mark Papermaster has quietly left his post as Apple's senior vice president for devices hardware engineering. The circumstances of his departure have not been revealed, leaving room for speculation that the iPhone antenna fiasco was at the root of his downfall.

Papermaster was poached from IBM to head up the team deeply involved with developing the iPhone in late 2008. This culminated recently in the "death grip" scandal surrounding antenna problems.

The incident was handled in a questionable way by Apple and it would appear Papermaster may have become the sacrificial scapegoat to public appeasement.

Carolina Milanesi, a Gartner Research vice president, said: "Consumers have come to expect perfection from Apple and with iPhone 4 that expectation fell a little short for some. The risk Apple faces is that it won't be able to keep its reputation polished as its popularity grows."

Speculation goes beyond the iPhone incident. The New York Times quoted an anonymous source claiming Papermaster had been pushed out over a series of hardware problems, including some related to the iPod Touch. If true, this could be crucial for Apple with expectation of a new version of the iPod due to be announced next month.

Milanesi expanded on her original statement in a Gartner blog entry, saying: "The press has speculated wildly about the reasons for Papermaster's departure."

"Obviously, many see him as responsible for "antennagate" but others attribute it to his incompatibility with Steve Jobs' hands-on management approach (he was actually hired when Jobs was on medical leave), or even to Papermaster's un-Apple wardrobe (maybe he didn't own enough T-shirts and jeans). Whatever the cause, it's further evidence that Apple has little tolerance for mistakes."

Papermaster's departure is even more surprising in the light of the legal battle with IBM that ensued after his appointment with Apple in late 2008. IBM claimed Papermaster had signed a non-competitive agreement during his 25-year stay with the company. He won the case by testifying that he had not disclosed any trade secrets to Apple.

Bob Mansfield, senior vice president for Macintosh hardware engineering, will replace Papermaster, but whether this is a temporary or permanent posting has not been confirmed.