A failure in Evernote’s backend hardware could lead to over 6,000 users losing their posts. 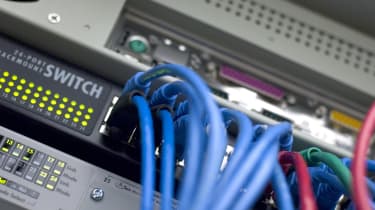 Thousands of Evernote users may have lost data they posted to the online note service after a hardware failure brought down the resource.

What the company has described as a "series of hardware failures" on one server happened between the 1 July and 4 July and could potentially have affected 6,323 users worldwide posting between these dates.

Evernote's support team contacted those affected back in July to help them through the recovery process, but the company held off until now to make a broader announcement, claiming if you hadn't received an email from it last month then your notes would not have been affected.

Despite the number seeming high, it only amounted to one fifth of one per cent of the service's users and all of those affected were identified through server logs.

"We want to assure you that this was a one-time issue," wrote Phil Libin, chief executive of Evernote, on the company's blog.

"We have significantly improved our reporting and redundancy infrastructure to ensure that it does not happen again [and] we sincerely apologise for the inconvenience to our affected users." "

He added: "Even though most of them didn't wind up losing any data they still had to read through a lengthy and potentially worrying email. For the ones that did lose data, we hope that knowing exactly which notes were effected over a four day period is enough information to recover or recreate the most important ones."

As compensation, Evernote has upgraded all those possibly affected by the failure to its Premium service, or added a free year of Premium to those already paying for the privilege.