There has been a surge in the number of phishing scam emails reported to HMRC. 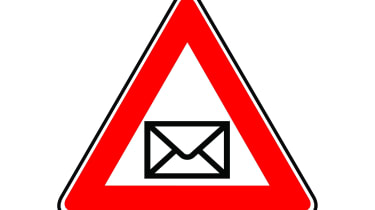 There has been a spike in tax scam phishing emails reported to HM Revenue and Customs, the Government has warned.

During the last three months, HMRC has shut down more than 180 websites sending out fake tax rebate messages.

Emails typically start with spurious statements such as "we have reviewed your tax return and our calculations of your last years accounts show a tax refund of XXXX is due."

"We only ever contact customers who are due a tax refund in writing by post. We never use telephone calls, emails or external companies in these circumstances," said Chris Hopson, director of customer contact at HMRC.

"If customers receive an email claiming to be from HMRC, we recommend they send it to us for investigation before deleting it permanently."

HMRC has been cooperating with law enforcement agencies across the world to tackle the phishing threat, taking out scam networks in countries as far away as Mexico and South Korea in the last 18 months.

Last year, the department had noted a significant jump in phishing attacks.

A record 83,000 phishing attempts were reported to HMRC in Septmber 2009 and in the following month, an unprecedented 10,000 reports of such scams were sent to HMRC on a single day.

However, the recent increase in phishing email reports is partly down to people following advice and sending on scam messages to the department, HMRC said.

Earlier this month, six people were arrested on suspicion of being part of a phishing network thought to have compromised 20,000 bank accounts and credit cards.