Analysis: not all technology has to be smart

Smartphones dominate the headlines but even in the West, we need access to basic technology. 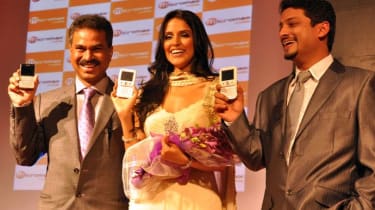 The world seems split between the haves and the have nots. Those who have a signal, and those who have no signal at all.

Gartner claims that the mobile phone market grew by 13.8 per cent to 325.6 million units in the last three months. By last Autumn, there were 4.6bn mobile subscribers worldwide, according to the ITU.

The ever-present cry is for faster, sleeker, more functional devices. Qualcomm, Intel and the other chip makers are talking up multi-core processors. Everyone is finding their favourite operating system and downloading apps as though the sun would not rise tomorrow if it wasn't done.

And we are upset if our signal keeps dropping out. Almost suicidal, certainly paranoid, if we find ourselves in a dead signal zone.

The downside is that the more functional and faster a phone becomes, the more it is used, and the more quickly it drains its battery.

Contrast this with a village in India. A group of men are huddled in a corner arguing. The village only has one electricity generator and only one communal house has a socket.

In the old days, life revolved around the village tap. These days, the flow of electricity is as contentious as the flow of water. Even a suitably modified car battery can charge up several phones.

This brings a different set of needs. People still live in extended family groups. They have no need to phone one another because they are often within shouting distance of one another.

A phone is a tool to ring the authorities or to keep in touch with younger members of the family who have deserted country life for college life, for the richer rewards of the overcrowded cities, or for another country.

In village communities that have mobile coverage, smartphones are too fragile and too power hungry to be of any use. The need is for a big battery and a small screen the opposite of what most people want in the developed world.

Companies like Micromax are probably more familiar outside Delhi, Mumbai and Kolkata than Apple, Microsoft or any Android phone.

Micromax, an Indian handset maker, has adopted the endearing slogan of "Nothing like anything". Which is true. With talk times of 17 hours and standby time of 30 days, these are phones for rural people or the poorer quarters of the big cities.

But their technology is also truly disruptive, in that it breaks down barriers that existed before and makes some places a little bit less "have-not" than they were before.

We still class India as part of the Third World. In a race, one is a winner, two is a loser and third is nowhere. The West looks down on the Third World with pity and, often, people in places we call the Third World look back and wonder why.

Here, we have created our own deprived third sector, the "final third". These are those poor unfortunates born out of the reach of broadband and, sometimes, away from mobile transmitters.

These are becoming the have-nots in our society who the Government see as a special case. Maybe the poor will always be with us, but maybe the broadbandless is an underclass too far.

This class has a disposable income and should be helped to dispose of it. In the broadband world, we benefit from cheaper train travel because we book online, and enjoy better services because we can complain online and avoid the labyrinthine call centres of local government and the service sector.

Our pursuit of the latest, shiniest and fastest technology has only emphasised our own digital divide, putting a sizeable minority of the population out of reach of an infrastructure the rest of us have come to depend on.

Perhaps someone, like Micromax, should also ask these people what they actually need.