Only two per cent uptake after 10-year campaign. 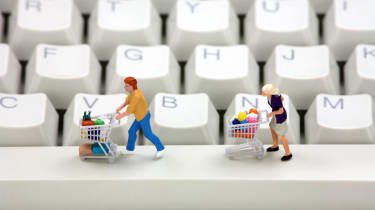 The European Commission has expressed its concern over very low adoption of e-commerce in the European Union.

After a 10-year campaign, the EC claimed that less than two per cent of the European retail trade has adopted e-commerce practices.

In announcing the public consultation, the EC has put out a plea to retailers, government bodies, internet service providers and the public at large to share their views.

A measure of the EC's frustration is hinted at in a final clause, which states: "However, comments from all other interested parties not-cited above are welcome and are encouraged by the Commission."

The hope is that the questionnaire will shed some light on why there appears to be such strong resistance. The consultancy will be receptive to reports until 15 October.

An E-commerce Directive was issued in 2000 to set up a framework for e-commerce across the EU. Its aim was to establish harmonised rules on issues such as the transparency and information requirements for online service providers, commercial communications, electronic contracts and limitations of liability of intermediary service providers.

The internal market created would be controlled by local laws of the member state where the service was based and other member states would not be allowed to restrict incoming services.

Alarm bells started ringing last year and the EC launched a guide to shore up consumer confidence in e-commerce At that time, the EC valued the market as being worth $106 billion.