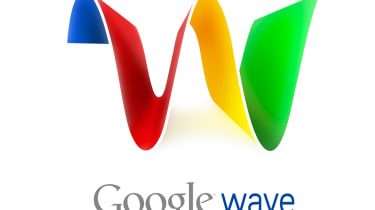 So was it a victim of its own ambition, perhaps? Or the Google policy of releasing its work early and fast so people can get a taste of it? Possibly, and there's certainly an argument for both of those.

But ultimately, for all the cleverness within it, there wasn't really a simple, useable end result. Microsoft Word is often chastised because 80 per cent of its users take advantage of just 20 per cent of its features (to badly paraphrase), but at least its core job is straightforward and easy to follow. Google Wave's never was.

In fact it also, arguably, suffered from a singular lack of focus. In short: Google couldn't work out how to pitch it, and ultimately, how to sell it.

And when it came to the crunch, people simply weren't interested in it.

Because even those that did try it found that Google Wave opens at a big, empty screen. What you then use it for is very much up to you.

It's certainly evolved since the early beta, mind, although checking back our list of contacts on the service, not one has been in touch with us through Wave for many, many months.

Nonetheless, something as simple as having a menu on the right as Wave now does for new chats, brainstorms, documents and such like is both useful and welcome. But it still looks like it's trying to be the proverbial jack-of-all-trades.

Wave is a rare, high-profile failure for Google, a firm whose innovations from Gmail and Google Earth through to Street View and AdWords have a habit of being dramatically successful. Few, in the early stages, would have betted against Wave following a similar path. Yet as it turned out, was there a little bit of the proverbial solution looking for the problem? Quite possibly. And more interestingly, it's the latest in a line of examples of how huge companies can't always turn whatever they want into gold.

Google Wave will go down, when it finally closes it doors, as a bold and interesting experiment. It also, however, teaches the market as a whole to work out what a product is specifically for before it's rolled out, and not to let users find their own way with it.

Because as time has told once more, users rarely seem keen to do that