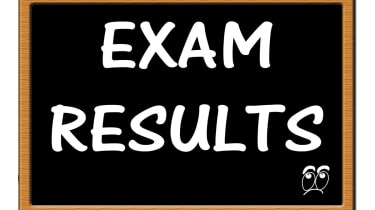 The torture ended today for A-level students who have been on tenterhooks waiting for their examination results.

As usual, a record number passed but also par for the course was the dismal number who opted for computing and information communications technology subjects.

Only 4,710 students sat the computing exam and this year it fell for the seventh year in a row to 4,065. Only nine per cent of the sitters were female. ICT did little better with 12,186 students.

The numbers have declined rapidly since 2003 when 16,106 students took the ICT examination and 8,488 sat for computing certificates.

The total number of A-level students across all subjects was higher than last year and, as a percentage of this, the IT examination candidates maintained the same level as last year. The implication is that the ICT figures may well have bottomed-out.

Job vacancies in the ICT world are faring well but education seems to be lacking the ability to attract students. One reason for this is the general level of understanding among today's students.

Their use of technology often outstrips that of their teachers.

Several reports have pointed to the need to better train staff.

Earlier this month, the Royal Society released a study on computing in schools. It was a scathing report and concluded that the current situation would have serious implications for the economic and scientific wellbeing of the UK.

"It is believed that design and delivery of ICT and computer science curricula in schools is so poor that students' understanding and enjoyment of the subjects is severely limited," it read. "The effects of this, coupled with dwindling student numbers, mean that, unless significant improvements are made, the deficit in the workforce numbers and capability could have a highly negative impact on the UK's economy."