We only make the guns…

Google can cost you your job, but you only have yourself to blame. 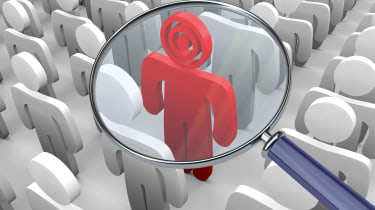 ANALYSIS Google is rapidly becoming the latest bte noir of the IT industry. Its quest to make access to information easier is giving privacy guardians many a sleepless night. The internet is becoming a cupboard where personal skeletons lurk and Google holds the key.

The company's chief executive (CEO) Eric Schmidt is well aware of the dangers, but seems to see this as someone else's problem. Last year, he told CNBC: "If you have something that you don't want anyone to know, maybe you shouldn't be doing it in the first place."

Schmidt is fond of giving quotes that makes the Google motto of "Don't be evil" sound like a warning to the world at large, rather than a rule for Google employees to live by.

Even in the free world, an unguarded moment can have catastrophic repercussions. You meet an attractive someone in a bar who turns out to be all looks and no brain. A quick Tweet to friend saying, "I scored with some dope in the bar last night," taken out of context could label you as a potential drug fiend.

It is becoming common practice for HR departments to turn to the web and research job applicants in their final stage of selection. As time goes by, the growth of social messaging services is making this job easier.

The careless Tweet, therefore, could cost someone a job opportunity or present them with a glass ceiling to their promotion hopes. Even before social media appeared, people in high places found past misdemeanours came back to bite them. The internet has just democratised the process.

Ex-US president, Bill Clinton, narrowly escaped condemnation when he was accused of smoking a joint in his college days. He was only saved by his comically unfeasible answer: "I did but didn't inhale".

For many people, the teen-to-twenties stage of life is one of rebellion, tinged with naivety and boastfulness a heady but dangerous combination.

In later life, many of the exploits of youth are left behind, best forgotten. In the social media age, the indiscretions of youth are painted indelibly on messaging walls like well-tagged digital graffiti for all to see. And this will prove true throughout our lives. Just ask HP's disgraced CEO Mark Hurd.

Schmidt has been quoted saying he believes the digital society is teaching us two key lessons: "People can be falsely charged and be innocent," and "we'll all have to learn to live with an historical record".

Just this week in an interview with the Wall Street Journal, he said: "I don't believe society understands what happens when everything is available, knowable and recorded by everyone all the time."

He moved on to predict every young person will one day be entitled to automatically change their name on reaching adulthood in order to disown youthful high jinks stored on their friends' social media sites.