UK ranks 30th out of 144 countries in a study of the most dangerous places to go online. 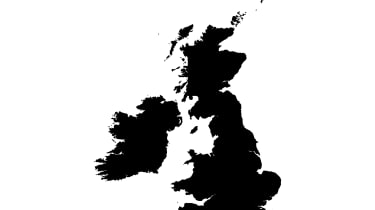 The UK has been named as the 30th most dangerous place in the world for surfing the web, a report has shown.

The most perilous place to go online is Turkey, according to AVG, whose software was needed to protect on average one in 10 users in the last week of July.

Russia was the second most dangerous internet nation with one in 15 surfers needing AVG's software to block threats. Armenia was third, while Azerbaijan was fourth.

In the UK, AVG software helped block threats for one in 63 users.

Among other Western nations, the US was the ninth most dangerous place for going on the internet, with Australia down in 37th.

AVG claimed Japan is arguably the most secure country to search the web, even though Sierra Leone had the fewest attacks.

Interestingly, seven out of the 10 safest places to surf the web were in Africa, although South America was ranked by AVG as the safest continent.

AVG's chief research officer Roger Thomson suggested one reason for the geographical divide is denizens of more dangerous countries are probably "less cautious when it comes to sharing links and files online."

"Another factor is the popularity of internet cafes and people generally sharing computers. However, it is safe to say that even in these countries, a minority of users account for a large proportion of attacks," he added.

However, the relatively low number of internet users in some of the "safe" countries surveyed will have affected rankings.

Talking about why Japan was ranked highly for safety, Thomson suggested the country's web surfers "are generally more aware of safe and risky surfing behaviours."