Yet another NHS organisation has been rapped by the ICO for losing sensitive data. 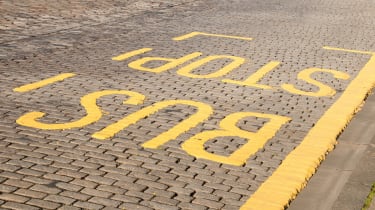 Royal Wolverhampton Hospitals NHS Trust has been found in breach of the Data Protection Act after leaving a CD at a bus stop.

The CD, which contained scans of 112 patient records from the Intensive Care Unit of New Cross Hospital's Heart and Lung Unit, was found at a bus stop near the hospital.

The Information Commissioner's Office (ICO) was informed that the CD had neither password protection. Nor was it encrypted.

In an investigation into the incident, neither the ICO nor even the Trust were able to establish where the CD had come from or why it had been made.

"The fact that this information was several years old is of no consequence patients' personal data should always be handled in accordance with the Data Protection Act," said Mick Gorrill, head of enforcement at the ICO.

The trust has agreed to take remedial measures to ensure a similar incident does not reoccur.

The NHS is now infamous for misplacing sensitive data. In May, it emerged more than 1,000 data breaches involving personal data had been reported to the ICO, with the NHS ranked as a top offender.

To date, no financial penalty has been levied on the organisation. The trust has not issued any statement following its censure by the ICO, but in its own annual accounts it admitted to nine data loss incidents in the 2009-2010 financial year. None, though, qualified as "Serious Untoward Incidents", in NHS parlance.