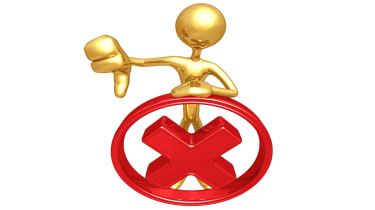 No doubt some will be pleased to see the back of this particular TV ad, which involved an estate agent frustrated at slow ADSL speeds, a character played by actor Kris Marshall, and a lady enjoying some much faster broadband supposedly served up by BT.

A voice over in the ad said "BT is rolling out up to 20Mbps speeds to give you a consistently faster broadband throughout the day even at peak times."

In a rather large case load for the ASA, a total of seven complaint points were raised about a range of ads, including the aforementioned TV one. Just one of these went BT's way.

This may be hard for some to remember, but four years ago a Dell advert went with this claim: "Whatever you need a PC for, Dell has the one you want for less than you might expect. Right now get this Dell Inspiron notebook featuring an Intel Celeron processor for only 299."

The ad featured a web address and a phone number, which a number of viewers assumed would take them to where this deal was available.

A total of 25 complaints were lodged, 23 saying when they went to the website, after seeing the ad, the laptop was available, but for 349 rather than 299.

After being approached by the ASA, Dell said the Inspiron 1300 deal would be available through telephone sales just for a short time before being opened up on the website.

As the deal was not initially available on the website at the advertised price, the ASA deemed the ad to be misleading and it was pulled off air. A case of mistiming on Dell's behalf, it appeared.

This had to be number one, just for its pure relevance. Two years ago, Apple put out a TV ad that claimed "all the parts of the internet are on the iPhone."

This upset two viewers who knew the device could not support Flash or Java, meaning every feature on the web was not actually accessible on the device.

Although the ASA recognised Apple's claim the ad was about site availability rather than technical detail, the regulatory body believed the ad had not explained the limitations.

"We concluded that the ad gave a misleading impression of the internet capabilities of the iPhone," the ASA said.

Adobe fans, this ones for you.