The open source company outlines its Cloud Foundations for a broad church infrastructure. 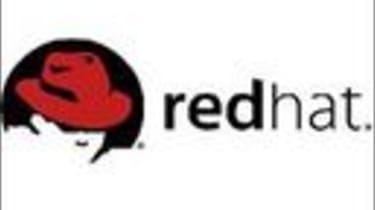 Red Hat has demonstrated how it plans to tackle system portability, one of the principal requirements of cloud infrastructures.

In a webcast, the company fleshed out the framework it had outlined at the Red Hat Summit in June. Cloud Foundations Edition One is all about portability and the ability of any application to work on any cloud. In fact, Red Hat appeared to have completely accepted cloud topography should be all-pervasive.

The company's outlined framework is built on a broad church philosophy. Cloud may be public, private, or a mixture, but any application should be free and easy to move between them. This requires independence from strictures of hypervisor, operating system, middleware stack, and programming language, it claimed.

Key to the whole portfolio was the Deltacloud APIs, which were moved under the control the Apache Incubator and the Distributed Management Task Force (DMTF) earlier this year. This has taken Red Hat's proprietary control away from Deltacloud with the aim of creating an open standard.

"We do not want Deltacloud to be under the control of any one vendor, including Red Hat," said Bryan Che, Red Hat's manager of cloud computing products. The DMTF was chosen because Red Hat is a member of the DMTF Cloud Management Work Group.

Red Hat used its webcast to try to show an open-handed approach to its cloud infrastructure. Gary Chen, IDC research manager of enterprise virtualisation software, said he thought this would resonate well with the business world.

"Our research shows that 80 per cent of enterprises cite the lack of interoperability standards as a challenge in adopting cloud computing services," he said.

"With Cloud Foundations, Red Hat is on the right track with cloud by accelerating interoperability and portability to prevent cloud lock in."