Smoothing the move to Windows 7

Businesses need to prepare carefully if they want a hassle-free migration. 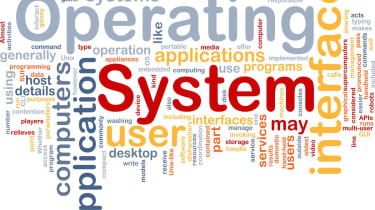 BUSINESS OF IT Microsoft's Windows 7 operating system is selling well. Figures from market research firms show that the OS has almost caught up with Vista's market share, and businesses are now starting to move over from Windows XP in larger numbers too.

None the less, there are thousands of businesses still running older versions of Windows, including Vista and XP, but even older and largely unsupported systems including NT and even Windows 98.

Microsoft recently announced that it was ending support for Windows XP with all but the latest service pack, SP3, as well as the Release to Manufacture (RTM) version of Windows Vista.

Businesses using those operating systems will need to move to a more recent OS, and Windows 7 looks to be the most attractive candidate. It is also becoming harder to buy a new PC without Windows 7 installed, even though Microsoft said recently that it was extending availability of its Windows 7 downgrade option.

The aftermath of a successful launch

After the problems with Windows Vista, Microsoft went to great lengths to promote Windows 7. This ranged from its "I'm a PC" ad campaign to the widespread distribution of pre-release and beta copies.

But that policy is now raising some issues for IT departments, as they now face the task of either removing pre-release copies of Windows 7 and rolling users' PCs back to an earlier OS, or switching employees over to a full copy of Windows 7.

There are licensing issues too, as employees may have downloaded Windows 7 pre-release versions, perhaps without reference to IT. Businesses now face the task of ensuring all their computers are correctly licensed.

With Office 2010 also available as a "trial" download, IT departments face a potentially even greater challenge in managing licensing for the Office productivity suite.