Dell's latest netbook is rugged and attractive, but it's also pricy. Read our full review to find out if the extra cost is worth paying. 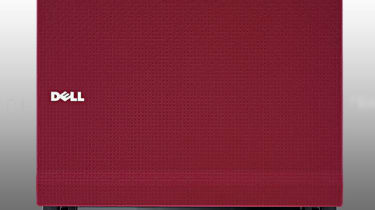 Netbooks are a dime a dozen, so it takes something special to catch our attention. The Dell Latitude 2110 instantly caught our eye due to its ribbed and rubberised lid and underside. Dell is aiming the 2110 at organisations which need rugged computers for less-than-careful users, such as schools. The design is very chunky, and although we would recommend being careful with any laptop, the 2110 does feel robust enough to withstand knocks and scrapes. There is a choice of red, blue and black designs however, the red and blue designs cost an 20 over our quoted price.

The large, protruding battery adds even more bulk to the 2110's design. It makes it tricky to find a comfortable grip when carrying the computer from room to room, but it does prop up the keyboard at an angle. This may make typing more comfortable for some.

The battery lasts a lengthy four hours and 37 minutes in our heavy usage test, where it edits a series of images until it shuts down. It lasted exactly seven hours in our light usage test, where it scrolls through a series of very long web pages until the battery runs out. Although these are very long times, we've seen netbooks with less obtrusive batteries that last even longer. It's worth noting that to achieve these times, you'll need to spend an extra 16 over the price quoted here for the six cell battery. The standard three cell battery will last only half as long.

We were pleased by the keyboard which is very comfortable and responsive, making typing fast and error free. The cursor, Function and left shift keys are smaller than the others, but this is fairly easy to get used to. The touchpad is small, but accurate. The buttons feel far too stiff though and don't give enough feedback when pressed.

An alternative to the touchpad is the touchscreen. It doesn't support multitouch gestures though and the screen doesn't fold back so it lies parallel to the keyboard. Plus, most Windows applications aren't designed for use with a touchscreen. Unless your business uses applications that could take advantage of the touchscreen, we're not convinced of its usefulness.

The screen is surprisingly bright for one with an anti-glare rather than a glossy finish. Matte, anti-glare finishes reduce glare caused by overhead light reflecting off the screen. Unfortunately, the screen is incredibly grainy which greatly spoils the look of on-screen images. This is a common side effect of both anti-glare and touch-sensitive screens. Since the 2110 has both, we suspect they are the cause of this very noticeable graininess. Although on-screen image quality is unlikely to be a huge issue for most of the tasks carried out on a netbook, it is nonetheless a flaw and a disappointment.

A potentially useful extra is the integrated 3G modem, so you don't need to occupy one of the three USB2 ports with a dongle. The SIM card slot is accessed by removing the battery. However, to enable the 3G modem you have to ensure you choose a coloured lid with 3G antennae built into it when ordering. As already mentioned, this lid option costs an extra 20. This extra cost is minimal, but still annoying.

Although the 2110 has a 1.83GHz Atom N470 processor, which is a few hundred MHz faster than the Atom processors in many of the other netbooks we've seen, it's unsurprisingly not much faster than other netbooks in our benchmarks. There's 1GB of RAM that can be easily upgraded to 2GB. As one would expect for a netbook, the 2110 is quick enough for web browsing and basic office tasks, but not for anything more demanding.

A more serious issue is the preinstalled copy of Windows 7 Starter. This stripped down version of Windows has some surprising limitations, such as the inability to extended your desktop onto an external monitor and the limitation of the displayed image on that monitor to a resolution of 1,440x1,050. Windows 7 Starter come pre-installed on almost all modern netbooks though, so it's not a Latitude-specific issue. If the 2110 is used as a secondary, rather than a primary, computer then many of these issues won't be as significant.

The Dell Latitude 2110 is a robust and attractive netbook. However, we suspect the touchscreen will be of limited usefulness and many of the more practical features in our review unit don't actually come as standard and cost more on top of the already high price. Unless you must have a rugged netbook, there are better value alternatives available. We'd also consider waiting for the upcoming next generation of netbooks based on dual-core Atom processors which should be faster.