Software giant Microsoft has finished code work on Windows Phone 7, meaning the arrival of devices running the OS isn't that far off. 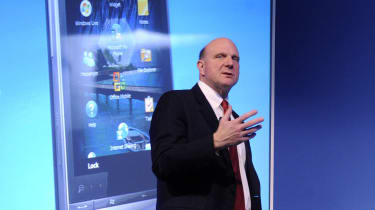 Windows Phone 7 is almost ready to roll as Microsoft has finished work on the code and is poised to send the final version of the mobile operating system (OS) to handset makers.

The OS still needs to be integrated onto devices, but the expected arrival of handsets in October looks likely.

"We've had thousands of independent software vendors and early adopters testing our software and giving us great feedback," he added.

Microsoft has certainly had lots of time to perfect Windows Phone 7. It released Windows Mobile 6 in 2007, following it up with the stopgap version 6.5 last year, letting rivals Google and Apple leapfrog

Microsoft in the mobile space.

Recent stats from Neilsen Online showed Windows Mobile phones held 11 per cent of the US market, compared to 27 per cent for Android and 23 per cent for Apple.