With the rise of social networks and other communications, we explore whether email's existence is under threat. 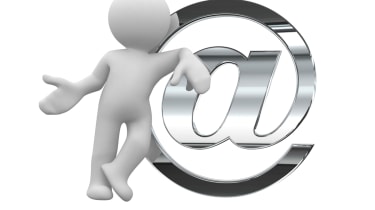 If email is to survive, however, it is unlikely to remain the same. Adapting to both technological and human changes will prove vital, and unifying with other communications could play a big part in this.

Peter Galvin, chief marketing officer at Proofpoint, believes convergence will indeed be key. Email will not remain an isolated form of contacting others, but will be augmented with other communications mechanisms, he predicted.

"Email will change to become a little more conversational," Galvin told IT PRO.

"You're going to see some more convergence, but email will still be a core capability."

His statements were recently backed up by Google's addition of voice services to Gmail - a sign that unifying communications with email as a central component is going to emerge as a real trend.

Earlier this year, there were even been rumours of Facebook starting up its own dedicated email service, but nothing was confirmed.

There are some clear problems with email spam, cost and its lack of a personal touch being a few. And as more options for interacting with others emerge, email use is unlikely to see a dramatic spike in the future.

But given email has had a relatively short life and how established it is now in both business and personal worlds, it is difficult to agree with anyone hailing its imminent death.

What appears clear is that email is due some changes in the near future and it looks set for greater convergence.

Indeed, the entire communications environment looks destined to be dragged towards more unified infrastructures and email will most likely be a big part of that.

Even Boue, a man who noted the functional problems of email, admitted the technology "still has a place."

"I can see the whole landscape changing and it's a question of making more of what people have got."

Email is very much alive, but like any sentient being, it must adapt to survive and, by being merged with other communications, it surely will.