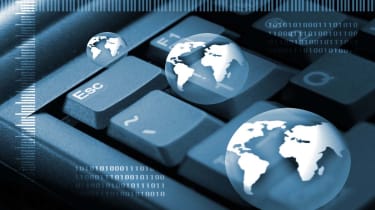 Former prime minister Gordon Brown has started to put in place a strategy that will establish him as a major force for democracy on the internet.

He has agreed to join Tim Berners-Lee on the board of the World Wide Web Foundation where he will advise on ways to bring affordable internet connectivity to disadvantaged regions such as Africa.

He has also joined Queen Rania of Jordan's Global Campaign for Education as convenor of the panel on Education for All. With his wife, he has also established the Gordon and Sarah Brown Foundation to provide staff to manage the projects.

His new roles have been described as pro bono (voluntary) positions, according to a statement. "He will continue to write on global issues, as he has been doing recently with articles on the desperate plight of those in Pakistan and Niger," the release said.

"Gordon and Sarah have always made clear they are determined to continue to make their contribution to public life and these latest initiatives are a sign of Gordon's priorities for the future," it explained.

Brown's recruitment by the WWW Foundation follows the current government's axing of his outlined initiative to put 30 million into a proposed Institute of Web Science under Berners-Lee.

"I support the Web Foundation's mission to promote the advancement of the Web, as well as access to it, especially in Africa where the web can act as a catalyst for economic growth," Brown said.

The broadband situation in Africa is critical. Even South Africa, the most advanced nation on that continent, charges around 80 per month for connection through Telkom, its state-owned infrastructure.

In the Central African Republic it costs nearly 40 times the average monthly income, making it the most expensive place in the world to get a fixed broadband connection.

Many African countries lack fixed connections and rely on satellite communications to connect the dispersed population.