Comms giant BT wants ISPs to nominate exchanges to get fibre, but the new scheme has been criticised. 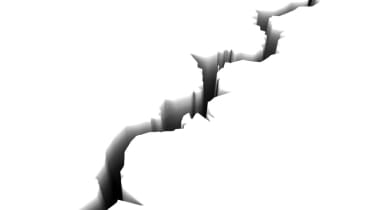 A new BT scheme designed to get feedback from internet service providers (ISPs) on which exchanges should get fibre has been criticised, with those opposed to it claiming it will widen the digital divide.

Run by BT's Openreach, the Fibre Nomination Scheme will be trialled across the UK from now until December. It will let ISPs that already buy BT's wholesale Generic Ethernet Access product - mostly large ISPs and local loop unbundling providers - nominate up to six exchanges to be enabled for fibre.

Those exchanges will be switched on in phase seven of the superfast broadband rollout, scheduled for the end of next year.

However, with a brutal looking set of financial commitments for each exchange nominated, ISPs are unlikely to choose anything but the most densely-populated and cash-rich areas.

According to BT, in return for requesting an exchange be upgraded to fibre, providers will be asked for certain commitments, which vary depending on whether BT thinks the area is worth rolling fibre out to or not.

"If an exchange is deemed to be viable for commercial deployment, the provider must guarantee that 10 per cent of premises will be using its fibre broadband within a year," the company said. "If this doesn't happen, the content provider will be liable for any costs incurred by Openreach in amending its deployment plan."

Such a system, say critics, would require ISPs to be cast-iron certain that there was sufficient demand, otherwise they face an effectively open-ended bill.

"This will only move us further towards deployments that are the most commercially viable," said Rob Bamforth, principal analyst with research firm Quocirca. "The communications providers are only going to go where they see the lowest hanging fruit, and with the financial pressures of this scheme that will only get worse."